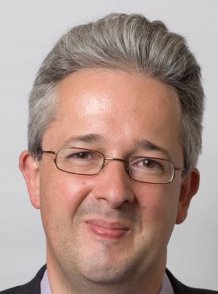 Professor Neville Morley's inaugural lecture will focus on the work of Thucydides.

Post-truth. Populism. Democracy in crisis. Increasingly polarised rhetoric. These contemporary symptoms of a society in crisis were prefigured in the work of the fifth-century BCE Greek writer Thucydides - with the promise that anyone reading his account would gain a true understanding not only of past events but of the present and future.

Professor Morley comments, "Thucydides has been seen as a figure of authority for at least five hundred years. He's been proclaimed as the inventor of modern critical history, and of modern international relations theory; he's quoted in discussions of US-China relations, the Brexit negotiations, and the rise of populist politics. But most of these readings simplify his ideas and reduce them to trite maxims; I see him as offering us an education in making sense of a complex world where 'truth' is itself in dispute."

Professor Morley's wide-ranging research interests include ancient economic and social history, historical theory and the influence of classical antiquity on modern social science. His constant concern is with the meaning of the past for the present, which he explores not only in academic publications but in his blog and other popular writing, and in developing new forms of interaction with the ideas of Thucydides.