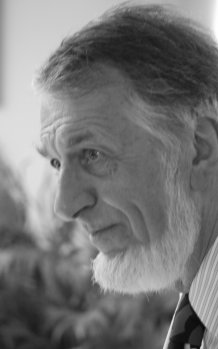 A world-renowned authority on Roman history and literature has been honoured for his outstanding contribution to the field with a prestigious national award.

Peter Wiseman, Emeritus Professor at the University of Exeter, has been chosen by the British Academy to receive its annual Kenyon Medal, which recognises work in the fields of classical studies and archaeology.

Over the course of his decorated career – most of which has been spent at Exeter – Professor Wiseman published numerous articles, books and research papers across a range of areas – from the mythography of early Rome and Roman theatre to the social and political history of the late Roman Republic.

Speaking about the award, Professor Wiseman said: “I feel enormously honoured to receive the Kenyon Medal. It’s a particularly significant award, because it represents the judgement of one’s fellow-scholars in both of the quite different disciplines that deal with the ancient world.”

Professor Wiseman began his career at the University of Leicester in 1963, and would spend 13 years there, during which time he was awarded a DPhil from Oxford and spent a year in Toronto, Canada.

In 1976, he was appointed Professor of Classics and Ancient History at Exeter, a post he would hold until his retirement in 2001, whereupon he became an Emeritus Professor. Since then, he has retained close links with the institution and has been a regular participant in research seminars in the now Department of Classics, Ancient History, Religion and Theology.

Professor Wiseman’s contribution to the study of Roman history and literature has been profound, and among his many works, The Myths of Rome (2004) won the American Philological Association’s Goodwin Award of Merit and was nominated for the British Academy Book Prize.

Reflecting upon his academic inspirations and journey, Professor Wiseman said: “I was very well taught, at Manchester Grammar School and at Balliol, to be a text-based classicist. I have no archaeological expertise, but in 1962-3 I had the great good fortune to spend a year as Rome Scholar at the British School at Rome, where talking to real archaeologists and getting to know how they worked was a formative experience for me.

"Ever since then, I’ve done my best to do justice to the material as well as the textual evidence for ancient history. I think it’s important that each set of specialists should have some sense of the other side’s modus operandi, to understand how much or how little it’s legitimate to infer from whatever textual or material data happen to survive. Sir Frederic Kenyon spent a lifetime studying the physical remains of ancient literary texts, so I hope he would approve.”

First awarded in 1957, the Kenyon Award was endowed by Sir Frederic (1863–1952), who was the Academy’s sixth president and second secretary.

Paying tribute to the news, Professor Gareth Stansfield, Pro-Vice-Chancellor and Executive Dean of the Faculty of Humanities, Arts, and Social Sciences, said: “Professor Wiseman’s deep knowledge and passion for his subject has inspired generations of students at Exeter, and he has reached countless other audiences through his writing and engagement with learned societies. The awarding of the Kenyon Medal is a truly prestigious honour, and one richly merited by his remarkable achievements and proud legacy.”