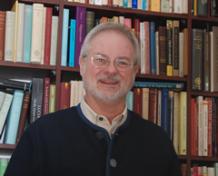 I was born just a few miles from Exeter and have been an Honorary Fellow in the department since 1996. I spent thirty years as a classics editor, most of those years for Routledge; since retiring from that role in 2006, and returning from London to live in Devon, I have been taking an active part in university affairs, including teaching, research and a planned conference.

The core of my research interests has been the continuity of the Greek world and Greek tradition up to the present day. I have written anthologies and travel guides reflecting this interest. Since the early 1980s the main focus of my research has been Alexander the Great, especially in later legend. I have recently participated in several international conferences on the Ancient Novel and on Philip and Alexander. I am currently writing a biography of Xerxes and a study of Megasthenes.

Besides Latin and Greek, my languages include fluent German and adequate French, Italian and Modern Greek. I am taking classes in Turkish and Persian.

I am also Chairman of Westminster Classic Tours (www.westminsterclassictours.com), a company which runs gület tours to classical sites around the Turkish coast and Greek Islands.

In 2009 I was appointed Consulting Editor in Classics to I.B. Tauris Publishers in London, and am actively seeking new authors for their classics programme, and for the series I edit, 'Understanding Classics'.

In 2010 I organised a conference at Exeter University, in conjunction with the Institute of Arab and islamic Studies, on 'The Alexander Romance in Persia and the East'. There were delegates from every continent.