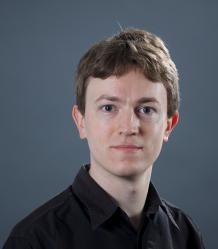 My research interests range across the Roman, late Roman and early medieval periods, although I specialise in the role of invective and abuse in all forms of politics and the formation of authoritative knowledge in late antiquity. This includes working on a number of early Christian writings that have traditionally been seen as part of Patristics.

Having spent several years looking at the role of polemic in the political culture of the later Roman empire, I am currently working on the growth of late-antique heresiology in the context of classical notions of the ordering of knowledge, which will be the subject of my next monograph. During 2015-16, I held an AHRC Early Career Fellowship for a project entitled Cataloguing Damnation: The Birth of Scientific Heresiology in Late Antiquity, which has resulted in a number of articles on this subject. I am also currently editing the Cambridge Companion to Christian Heresy and, together with Professor Morwenna Ludlow, recently edited a volume entitled Rhetoric and Religious Identity in Late Antiquity (OUP, 2020), which resulted from conferences held at Exeter in 2015 and 2016.

As part of my AHRC Fellowship, I recorded a series of interviews with academics about surprising and unfamiliar aspects of the ancient world entitled The Distant Pasts, which are available to listen to as podcasts.

I am also currently working with an international team of scholars on a new project entitled Connecting Late Antiquities. This aims to digitise and link a wealth of different prosopographical material for late antiquity, including making the Prosopography of the Later Roman Empire available online (with the kind permission of Cambridge University Press).

If you're an undergraduate looking to write a final-year dissertation or a potential applicant considering doing an MA or PhD thesis on a late-antique topic (or anything else Roman that sounds fun), then please send me an email and I'll be happy to discuss your ideas with you.

Originally from Sheffield, I did my BA, MPhil and PhD at Clare College, Cambridge. After I finally stopped being a student in 2007, I took up a Research Fellowship at Sidney Sussex College, Cambridge, and then a Temporary Lectureship at Sheffield, before coming to Exeter in 2012.