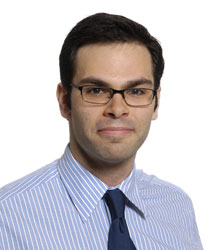 Prior to joining Exeter’s Department of Classics & Ancient History in 2017, I held posts at The University of Texas at San Antonio and Loyola University, Maryland. I earned my Ph.D. in Classics from the University of California, Berkeley in December 2007. My areas of specialization are Latin language and literature, Roman cultural history, cognitive semantics, and cultural anthropology. My research interests rest at the intersection of language, culture, and cognition, and in this area I have been pioneering an approach to ancient Roman culture inspired by Lakovian conceptual metaphor theory. I am also interested in language pedagogy, particularly in how teaching students to make inferences from what M.A.K. Halliday called the “context of situation” and “context of culture” can aid in linguistic and literary understanding. At the same time, I am developing several Digital Humanities projects that apply cognitivist approaches to classical lexicography and to corpus search.

Building on the foundation of Bettinian historical anthropology (in particular its emphasis on language as probably the most immediate index to culture and its seeking to privilege the “native’s” point of view in ethnographic description), my research extends theories of the second-generation (“embodied”) cognitive sciences to anthropological analysis by using patterns of metaphorical expression in Latin to reconstruct the sorts of conceptual models that organize Roman culture at large. My aim overall is to show how Latin speakers’ thought, speech, and behaviour across even seemingly unrelated contexts of social practice were felt to be unified and interconnected – and thus meaningful – within a cohesive worldview marked by its own distinctive metaphorical ‘themes’.

In my research to date, I have tried to develop two strands of this metaphor-based approach to Roman culture. The World through Roman Eyes, co-edited with Maurizio Bettini, showcases the “emic” approach I share with his school of Roman anthropology. With Embodiment in Latin Semantics, I introduced a body of scholarship that illustrates the pervasive role of embodied cognitive processes (especially image-schematic conceptualization) in Latin speakers’ meaning-making, from the level of word sense to that of literary thematics. Article-length publications have instead focused on the metaphorical structuring of individual concepts. For example, “Spatial Metaphors of Time in Roman Culture” (CW, 2016) demonstrated how Latin’s vertical and horizontal linear metaphors of time function as pervasive figurative themes that organize visual representation in spheres of Roman life as diverse as kinship practice, calendarmaking, funerary art, and urban monumentalization. “‘Transmission’ Accomplished?” (AJP, 2013) and “A Roman Folk Model of the Mind” (Arethusa, 2012) showed how systems of metaphor work together to produce mental models for conceptualizing and reasoning about communication and the mind.

One current project focuses on concepts of courage and cowardice in Roman culture. Unlike other studies centred on the concept of courage as 'manliness' (virtus) and its role in in the dynamics of elite social competition or its development as a moral value concept, my interest is in the concept of animus and especially in its metaphorical structuring through images derived from the phenomenology of the so-called 'fight or flight' response. I trace how these embodied metaphors organize different aspects of Roman society's symbolic activity, including in conventionalized linguistic expression, rhetorical formulations, mythic representation and artistic depiction.

I am also active in the area of digital humanities. I am leading an international project that seeks to create an interactive, extensible on-line Latin lexicon that eschews the alphabetic linear ordering of traditional dictionaries to organize the meanings of linguistic expressions according to all-pervasive metaphors – that is, in terms of high-order patterns of figurative meaning that operate in Latin’s semantic system at a level that is supra-lexical to better represent how Latin speakers actually conceptualized concepts.

My interests in meaning have also led me to research and development of so-called 'semantic' search technologies, which try to take advantage of people's rich linguisticand conceptual knowledge to make text searching more efficient, more comprehensive and more rewarding.

I am open to discussing research proposals on any subject within my general fields of expertise. I would be especially happy to consider working with candidates interested in applying theories of the cognitive sciences, linguistics, or anthropology to the study of the ancient world. Topics of research could include: the metaphorical structuring of concepts; the relation of image and text; representations of the divine; ritual practices; kinship structures and terminology; myths, legends, and folklore; oratory and rhetoric – but any interdisciplinary, theoretically informed project relevant to Greek or Roman culture could be appropriate. Since my own research has often included a comparative approach, I encourage projects that seek to shed light on classical antiquity through productive comparison with other cultures, ancient or modern.

I invite candidates who are interested in working with me to send a 500 word précis of their proposed research topic and a copy of their curriculum vitae.

As a teacher of the classical languages, my objective is not only to provide my students with the knowledge and skills necessary to competently and confidently deal with these languages, but also to teach them to understand, to appreciate, and – hopefully – to love the literature of Greece and Rome. Inspired by modern language pedagogy (in particular the communicative approach) and informed by social semiotic theory, functional linguistics and cognitive science, my teaching approach emphasizes how language communicates meaning within contexts and how context itself – historical, literary, cultural – contributes to linguistic comprehension. I try to stress the cultural specificity of concepts, believing that, ultimately, the fascination of any society is that its meanings are in fact different from our own.

My pedagogical interests combine with my research around the notion of ‘metaphorical competence’, or the idea that teaching students the patterns of metaphor that characterize a particular language will allow them to make informed predictions about – and so better understand – the meanings of conventionalized idiomatic as well as imaginative literary expressions.